Dr. Mike’s professional career began in 1997 with an associateship in Snohomish, Washington. Then in 2000 moved back to the Twin Cities and began his private practice.

Dr. Mike lives in Andover with his wife and two daughters. He organizes and plays hockey weekly with his buddies and when time allows still tries to go boating a few times a year! (When the boat actually runs)

Doctor Jacob J. Bohnen attended Gustavus Adolphus College where studied Health Fitness and played football and baseball. Dr. Jake went on to attend Northwestern Health Sciences University where he attained a Bachelor of Science degree and a Doctor of Chiropractic degree. While studying at Northwestern, he played for the Naturals Hockey team. Dr. Jake has interned at many different clinics throughout the metro area working in Waconia, Woodbury, and Plymouth. In 2009, he traveled to Trinidad and Tobago for a chiropractic mission trip. Dr. Jake is certified in the Cox Decompression and Flexion-Distraction Technic while also utilizing Diversified technique, extremity adjusting, activator, drop piece, trigger point therapy, laser therapy, and rehabilitation exercises. Also, he is certified to perform DOT physical exams and Drug and Alcohol Tests.

Dr. Jake continues to live an active lifestyle by enjoying golf, baseball, hockey, basketball, snowboarding, running, and water sports. Dr. Jake strives to get his patients out of pain quickly and back to doing what they love to do! 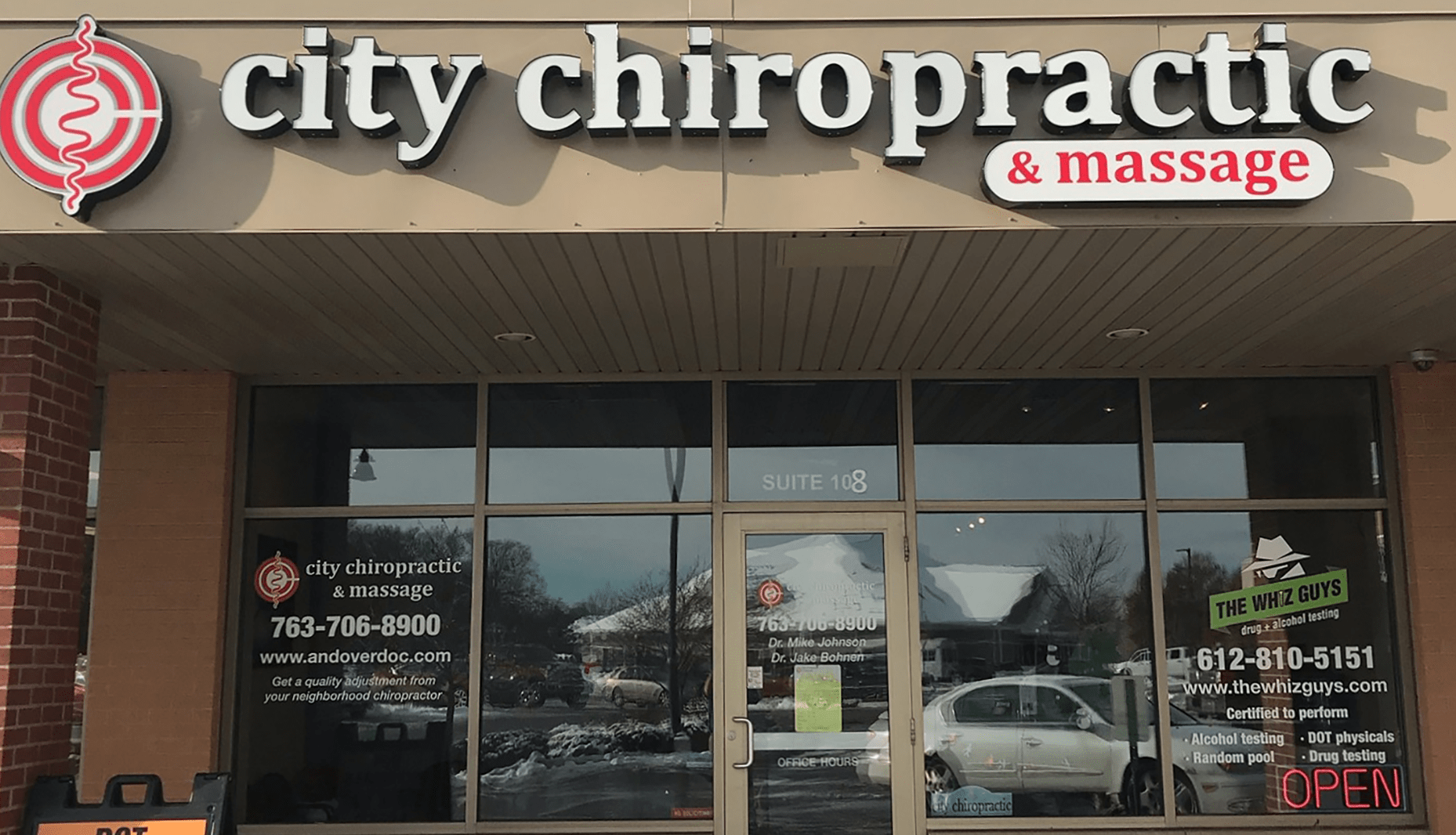 Dr. Mike and Dr. Jake travel between Mpls and Andover clinics and do Home visits throughout the day. Please call Dr. Mike's cell 612-810-5151 if you need to schedule an after hour visit or if you're unable to reach the office during office hours.